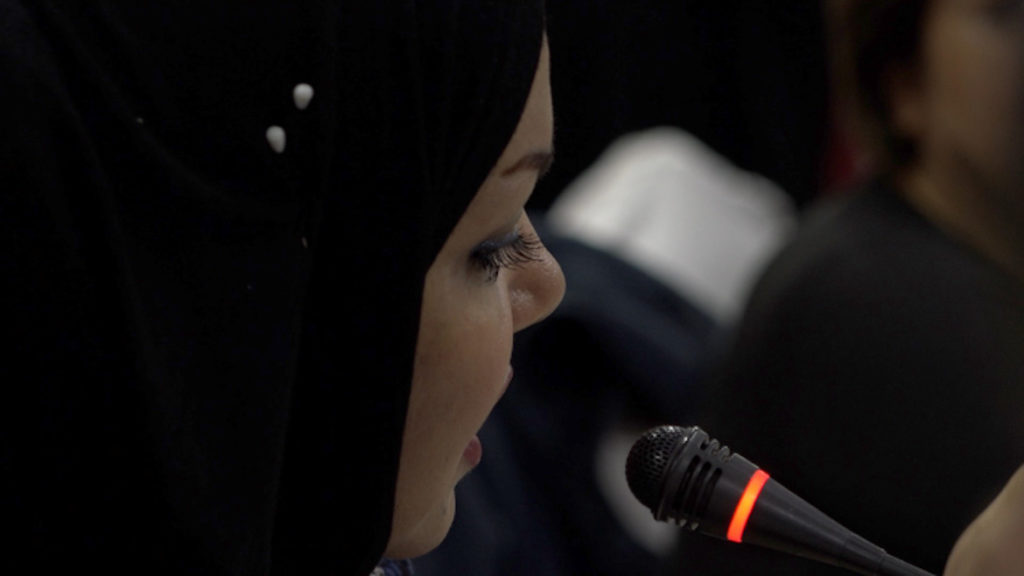 Women can and must play a creative and equal role in shaping the future of the Iraqi state. Their involvement in peacebuilding processes not only corresponds with the Iraqi government’s existing international obligations, but it also offers concrete opportunities to pursue peacebuilding and state-building aside from the official peace initiatives that are mostly dominated by men.

Throughout 2020/21 the project aims to involve women in peacebuilding and state-building processes in Iraq and to support them in performing leading roles in organisations, institutions or peace processes.

An overview of the project with the different activities that took place in 2020 and early 2021.

The programme is aimed at women who are active in civil society and women from politics, for example parliamentarians and female government members from central Iraq, the provinces, and the autonomous region of Kurdistan. It brings together women from different ethnic and religious groups: Kurdish women, women from the Shiite south and from Sunni regions, and women from religious and ethnic minorities. In addition, the project addresses decision-makers and state representatives at a decentralized level in all provinces of Iraq and Kurdistan. In the course of training workshops, tribal and religious leaders as well as – female and male – police officers, prosecutors, judges, and members of the armed forces are trained and sensitized in the topics of conflict transformation, dialogue, and gender.

The main guidelines of the project are the UN Convention on the Rights of Women (CEDAW) and the UN Security Council Resolution 1325 on the Participation of Women in Peace Processes, which has been in existence for 20 years in 2020, its 10 subsequent resolutions, and the National Action Plan (NAP) from 2014-2018 for Iraq, which aims at gender mainstreaming in all political fields and processes of conflict prevention, conflict resolution and peacebuilding in Iraq.

The project is funded by the GIZ on behalf of the government of the federal republic of Germany.