As a federal state, the Republic of Iraq has established several legislative institutions at the federal, regional, provincial and district (Qadhaa) levels. At the federal level, the legislative authority is supposed to be exercised by the Council of Representatives (CoR) and the Federation Council. While the constitution of Iraq established the CoR, it lacks a detailed framework regulating the Federation Council. In addition to the federal legislative institutions, Provincial and Districts Councils (PDCs) were established in provinces that have not joined a region. The Constitution of Iraq guarantees the rights of citizens to participate in the formation of the CoR and the PDCs, which include the right to elect and to run as a candidate for election. To regulate the exercise of political rights of its citizens, the CoR adopted three laws, namely the 2020 Law on the Election of the CoR that replaced the 2013 Law, the 2015 Political Parties Law and the 2018 Law on
the Election of the Provincial and District Councils (PDCs). Furthermore, the CoR adopted a law in 2008 that regulates many aspects related to the legislative and executive institutions of the provinces that have not joined a region.

This paper aims to analyze whether the Constitution of Iraq and the above-mentioned laws establish a minimum threshold for female representation in the CoR, the PDCs and the political parties of Iraq. Moreover, it scrutinises whether existing laws sufficiently guarantee representation of women from minority groups. Finally, this paper seeks to assess whether women are legally entitled to run for election independently from political
parties. 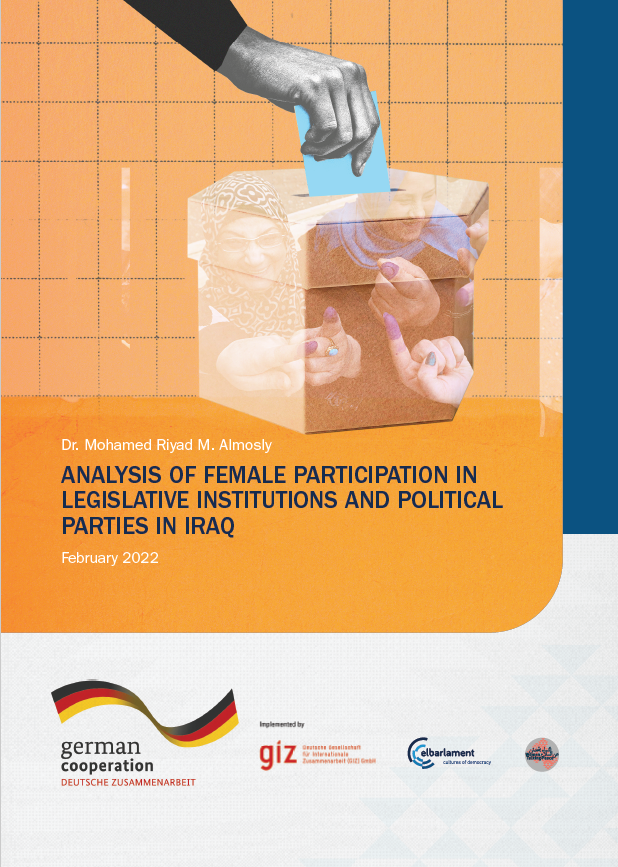