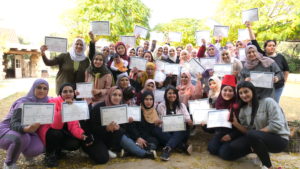 Women leaders for participation and peace 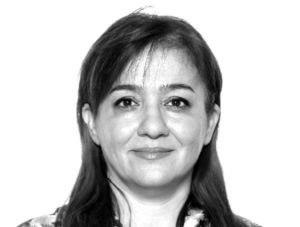 The refugees of Russia’s ongoing war in Ukraine were primarily women. Since the beginning of the war, family members were often separated from each other. Therefore, especially women have to take on new roles within their families and in society as a whole.  They also have to figure out how to adapt in Germany on a social and personal level. Beyond housing, clothing, and work, they require opportunities to become politically and socially involved in Germany or in Ukraine.

The beneficiaries will learn about the German political system and its underlying principles; such as transparency, rule of law, human rights, women’s rights, freedom of the media, and separation of powers. This will support them to orient themselves for future socio-political engagement in Germany – but also in Ukraine or other countries.

Due to the current situation in Ukraine and the steady influx of refugees from Ukraine to Germany, it is critical to create offers for these socio-politically motivated women as soon as possible, through which they can discuss issues of coexistence and engage in exchanges with one another.

The programme offers a series of three modular workshops to three groups of Ukrainian female refugees:

During workshops, participants will explore their own interests and develop a project idea alone or with others. They will learn how to deepen their political, social, or artistic interests and take action.

Taking action helps trauma survivors overcome passivity and inaction. Ukrainian refugee women will be shown opportunities for civil society or political activity in Germany. The project will give them a space to discuss their experiences and exchange ideas while also encouraging them to remain and become active. It reduces refugee isolation.

The workshops and a networking event will be held in a safe space for the participants.

After the last workshop in the programme plan, all participants will be brought together in an alumni meeting. In this way, the participants can build up a network that will enable them to exchange ideas and plan joint initiatives beyond the duration of the project.

The planned workshops go beyond current offers, such as those provided by the BAMF (integration courses), by imparting political and social knowledge about Germany and laying the groundwork for their own political and civil society participation. The skills taught in the workshops are also intended to help refugee women deal with trauma, and encounter spaces are designed to foster discussion and networking.