Women in Peacebuilding in Iraq

Women can and must play a creative and equal role in shaping the future of the Iraqi state. Their involvement in peacebuilding processes not only corresponds with the Iraqi government’s existing international obligations, it also offers concrete opportunities to pursue peacebuilding and state building aside from the official peace initiatives that are mostly dominated by men.

As part of elbarlament’s project ‘Women Talking Peace‘ two videos were published, that look at the role of women in peace processes in Iraq and the wider MENA region.

Young Women Making Peace features four young Iraqi women, who participated in the 2019 October demonstrations. They talk about their visions of peace in Iraq and how the young female generation is changing the gender landscape with regard to political participation.

UNSCR1325 – Views from across MENA highlights perspectives and experiences of four women from across MENA on the women, peace and security agenda/ UNSCR 1325 in their countries (Egypt, Iraq, Syria, and Yemen). The speakers are engaged in civil society organisations as well as in governmental institutions. Questions were tackled on how women in the different countries contribute to peacebuilding, which activities are taking place especially on a local (community) as well as on the national level and what women’s demands for peace are. The panelists discussed what is needed for a meaningful participation of women to peacebuilding processes and expressed their visions for peace and priorities for peacebuilding. 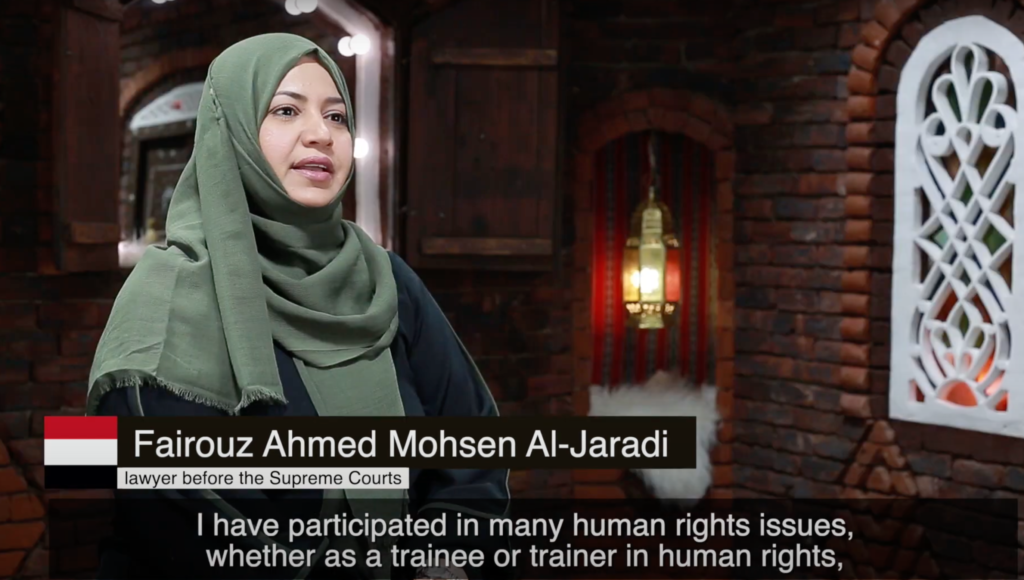 Still from 'UNSCR1325 - Views from across MENA' 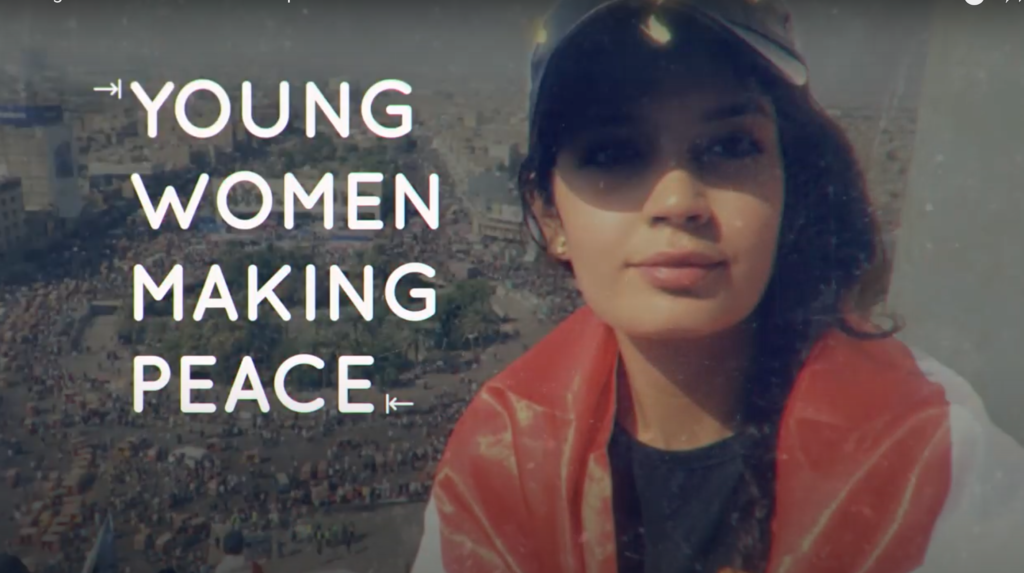