The push to criminalise domestic violence in Iraq 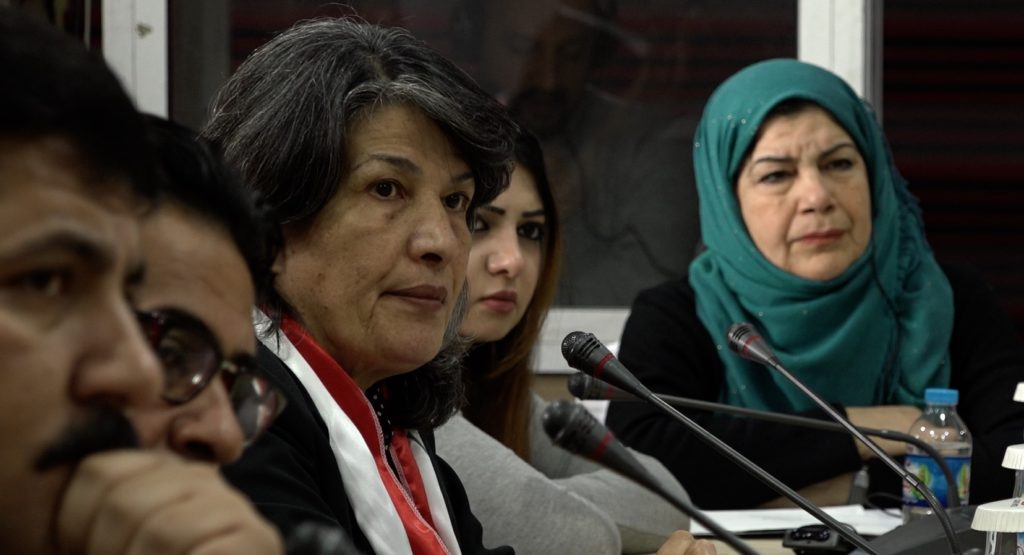 Since 2014, Iraqi women’s rights groups have been pushing the parliament to pass a law that would finally criminalise domestic violence and that would remove the existing penal code that allows husbands to discipline their wives (Art. 41 (1)). Support for this cause comes in particular from the parliamentary Women’s Committee, however, a number of conservative parties and factions continue to stall the law from being passed.

On 16 April 2020, the UN urged the Iraqi parliament to once again speed up the endorsement of the law. Signed by the UN Women Representative in Iraq, Dina Zorba, the statement reports a troubling rise in gender-based and domestic violence cases across the country, especially with increased household tensions as a result of confinement during the current Coronavirus pandemic.

elbarlament-cultures of democracy has been supporting and cooperating with a group of active women from civil society, parliament, academics and lawyers who are working on the draft bill since 2016.

Still, the endorsement of the bill is and has been subject to various obstacles due to the volatile political situation and fragmentation in Iraq; in particular, the parliamentary elections in 2018 led to a political vacuum of major positions. Furthermore, the widespread protests in Iraq since October 2019 motivated the voluntary resignation of Haifa Alamin, who was the director of the parliamentary Women’s Committee since end of 2018. Her term of office ended prematurely, just like the term of Mr Abd al-Mahdi, Iraq’s former prime minister– however, his resignation in late November 2019 was not voluntarily.

The draft law has always been a source of controversy not only among the opposing political camps (with many groups trying to block it completely), but even within the women’s movement. At the same time it would need to ensure the amendment or repeal of certain provisions in the penal code. In particular:

Within the workshops organised by elbarlament, the participants also identified gaps in the draft law, pointing at a missing definition of violence – whether is it only addressing physical violence, or also economical or social violence –  and observing a restricted concept of family (violence among divorced or engaged couples, for instance, are not object of the draft bill).

Another controversial issue is the responsibility of shelters (Art 1.5): Should they be run only by the ministry of Labour and Social Affairs or also by Iraqi CSOs?

Despite the differing opinions, all defenders of women rights in Iraq agree that a law to protect women and children from domestic violence is strongly and urgently needed.

Once the law will be adopted, the group of women intend to put forward a  number of recommendations on needed measures: the reestablishment of family courts that would be in charge of condemnation of acts of violence and, in the long term, trainings for police and judges working within the family courts.

The pressure (also due to external factors) is rising, and the time has come for next steps: together with women rights organisations like the Baghdad Women Association and the Emma Center as well as the parliamentary Women’s Committee, elbarlament is currently developing an awareness campaign against domestic violence in order to raise awareness among the broader society and for the bill to be adopted. 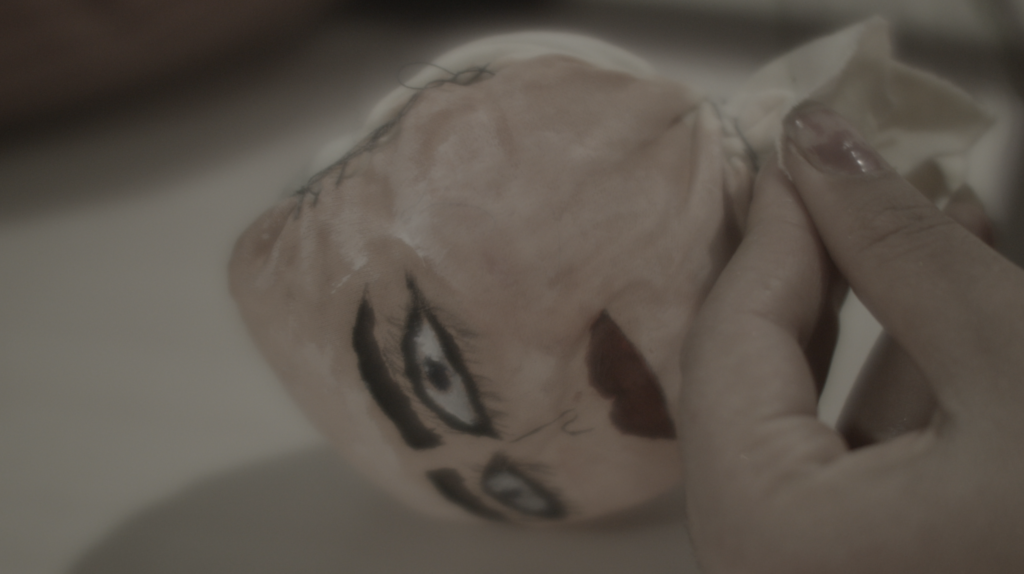 'Say no to domestic violence!' A participant works on her puppet during a story-telling workshop organised by elbarlament with refugee and IDP women in Dohuk, Iraq in late 2019. Copyright Daniela Delgado Viteri