Syrians in Lebanon under pressure

On the first of July 2019, on a Monday morning at dawn, the Lebanese army advanced with tanks toward the village of Arsal. Soldiers blocked the roads. The aim of the operation was to destroy self-made huts of Syrian refugees. The destruction was the result of a recent government decision to consider that all stone huts lacked a building permit. Their inhabitants would have to tear them down themselves at hip height before 1 July, otherwise the bulldozers would come and do the job for them.

The fact that virtually nobody in Arsal, a remote mountain town on the Syrian border, had applied for a permit to build on the land – that even one of the local district mayors publicly announced that his house had also been built without a building permit – did not matter to the government. The same goes for the fact that the vast majority of the 15,000 or so Syrian inhabitants of the refugee camp had already torn down parts of the brick huts with sledgehammers in recent weeks in order to escape total destruction.

Unfortunately, what happened in Arsal can in no way be described as an isolated incident: Lebanon, a country with a total population of 4.4 million, has become the country with the highest per capita concentration of refugees in the world, currently providing shelter to about one million Syrian refugees and 650,000 Palestinian refugees. Relations between the locally rooted population and the newcomers has become increasingly tense in recent years.  Lebanon’s foreign minister, Gebran Bassil, tweeted back in June about the “Superiority of the genes of Lebanese above all others” and urged the “Lebanese to take back their jobs as they alone have the priority”. This reinforced the increasingly strong anti-refugee attitudes among large sections of the Lebanese society and caused anti-refugee protests in front of the stores and homes of Syrian refugees. Many refugees were being kicked out of their houses or expelled from their jobs.

Although the vast majority of Syrian refugees (76%), hope to return to Syria someday, 85% do not plan to do so in the next twelve months, according to a recent survey by the United Nations High Commissioner for Refugees (UNHCR). But since the situation in the camps in Lebanon is escalating dramatically, many Syrian refugees feel that their situation has become untenable and are now considering to head back to Syria. This is especially true for the Bekaa area. Bekaa Valley is one of the poorest governorates in Lebanon, and it is also the governorate that is most affected by the Syrian crisis and by the increasing number of Syrian refugees coming to Lebanon. More than 77% of the population of Bekaa live under the Survival Minimum Expenditure Basket (US$ 87), and there is an especially high level of poverty among registered Syrian refugees. Making the situation even worse, there is a significant oversupply in labour in the area, leading to increased competition for jobs.

Deportation to Syria is now a real threat facing many Syrian refugees in Lebanon. According to the NGO Human Rights Watch (HRW), the General Directorate of National Security in Lebanon reported to have deported 2,731 Syrians between May 21 and August 28, 2019 (following its May 13 decision to deport all Syrians who entered Lebanon irregularly after April 24), and directly handed them to the Syrian authorities. However, the General Directorate of National Security has in at least three cases deported people who entered Lebanon before April 24. There is no evidence that any of the three persons in question got an opportunity  to meaningfully challenge their deportation in a Lebanese court. This deportation policy is one of several government measures that has been increasing pressure on Syrian refugees to return to Syria, together with the forced demolition of refugee shelters, exemplified by the incident in Arsal, and a crackdown on Syrians working in Lebanon without authorisation. With regards to the latter, in the last couple of years, the Ministry of Labour in Lebanon issued several laws that are, according to the ministry, designed to enforce the law and protect Lebanese workers. The measures include changes to the work permits of non-Lebanese residents restricting their business activities in Lebanon to the effect that the concerned individuals are only allowed to be active in a very limited number of professions. These legal changes prevent many Syrians living in Lebanon from working in their professional fields and specialisations. Not to mention that until July 2019, fewer-than 2,000 Syrian refugees were able to obtain legal work permits, according to Lebanese officials.

Despite all of these recriminatory actions targeting Syrian refugees in Lebanon, going back to Syria is still too high a risk for most Syrians to take, with reports from inside Syria saying that those who returned faced extreme vetting from Syrian security agencies and a high risk of detention, especially if they originate from areas that had been controlled by, or are still under control of the opposition.

The current mass protests against the government and the political establishment in Lebanon might provide a glimpse of hope for Syrian refugees. In the past weeks, hundreds of thousands of Lebanese citizens have been taking over the streets to protest against the government, banks and political parties, demanding that the government step down and a new political system be established. In many parts of this countrywide protest movement, Syrians and Lebanese have shown a lot of solidarity with each other, participating jointly in a struggle for a better and more democratic governance, chanting and singing together for the good of both countries, Lebanon and Syria. So, while the political outcome of the protests remains to be seen, they are already starting to have a positive impact on the social level. At the very least they hold the promise of better future relationships between Lebanese citizens and Syrians living in Lebanon – a goal that elbarlament has been supporting since 2018.

elbarlament has been working in Bekaa valley since 2018 in a capacity building project for Syrian refugee women, together with our partner organisation “Women Now for Development”. In our leadership program in 2019, in addition to attending training workshops, two groups of women have already started implementing their own grassroots initiatives that aim to support other women and build peaceful relationships with the local host communities. Due to the developments described in this article, the level of pressure and the fear that our project participants and their families are facing have increased dramatically. However, in spite of the increasingly difficult situation, our women participants have shown a lot of enthusiasm and determination to acquire new knowledge and skills, hoping one day to take matters into their own hands and challenge their situation, both in Lebanon and, hopefully, one day in Syria too. 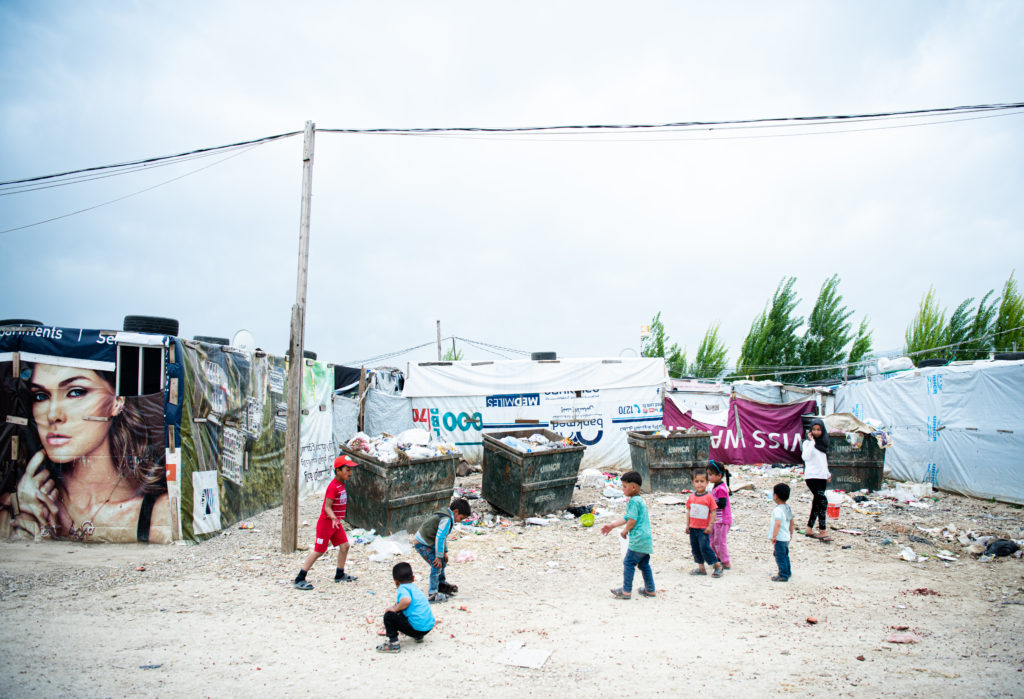