In 2015 our consultancy became a member of the Community of Practice of the European Partnership for Democracy (EPD), a network of European democracy support organisations based in Brussels.

At the same time, we were busy implementing new and interesting projects, training and advising the leadership and staff of the Secretariat of the Energy Community in Vienna.

Together with our partner GIZ we started the project “Capacity Development for the ASEAN InterParliamentary Assembly (AIPA)” commissioned by the German Federal Foreign Office. In this context, we developed and implemented activities on networking and outreach with civil society for parliamentary staff from ASEAN countries.

In 2015, we also continued our capacity building support for the representatives of the Syrian Interim Government (SIG) and for members and staff of the Myanmar Parliament (Hluttaw), focusing on parliamentary communication. The Syria project continued too, with a third meeting of female activists supporting women participation in the country. 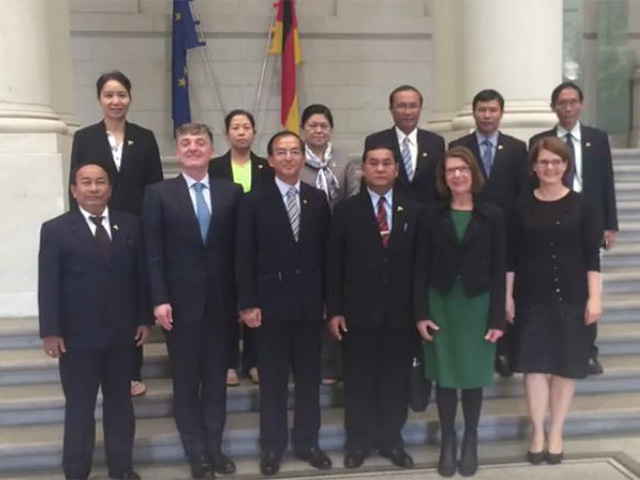 Not to forget: Together with the Felsberg Institut für Bildung und Wissenschaft e.V. we organised the conference “Writing for Life” with Iraqi female writers and German author Ulla Lenze.

We brought together female writers and the interested public at the Cultural House in Basra to discuss the future of female authors and writers in Iraq. In this project we are using the power of creative writing to empower women and establish an exchange between Germany and Iraq.

In 2015, elbarlament – cultures of democracy carried out research and implemented democracy-related services for various institutions.

As such, we produced an overview on the development of women organisations in Central and Eastern Europe and designed and implemented a training module for students on “communication and management”.

Our Managing Director Dr. Birgit Laubach published two research papers: “NGO action field – is freedom of association under trouble?“ and „Marital rape: why “no” does not always mean no. Women’s struggle to reform the German Criminal Code“.

Find out more about our projects and research engagement in 2015. » Download Report